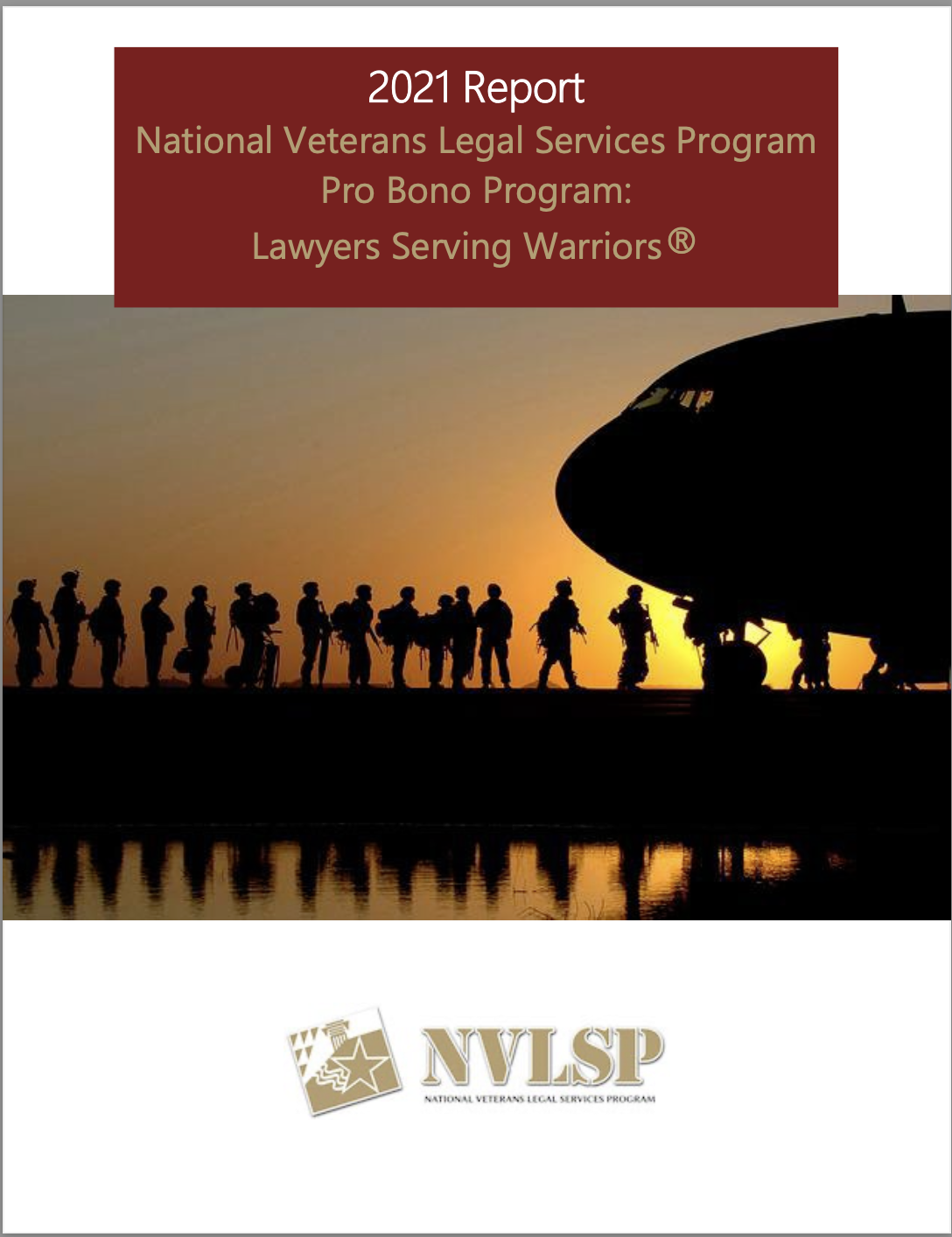 “We are honored to highlight the life-changing work of our pro bono partners to ensure that our veterans receive the benefits they were wrongfully denied,” said NVLSP Executive Director Paul Wright.

NVLSP’s Lawyers Serving Warriors® program assists veterans and servicemembers in several areas. Some of the most common include:

Here’s one example of the complex and extraordinary work accomplished through NVLSP’s LSW program and its pro bono partners which included securing Combat-Related Special Compensation (CRSC) under the August 2021 VA regulations which presumed that asthma, sinusitis and rhinitis were caused by exposure to particulate matter for veterans who served in the Gulf War. The veteran obtained CRSC for all three of those conditions.  Read the rest of pro bono work for this veteran below.

NVLSP’s LSW pro bono volunteers worked with an Army Infantry Officer and Special Forces Communications Sergeant (Green Beret) who participated in seven combat deployments throughout Iraq and Afghanistan, including sustained offensive urban combat operations during Operation Phantom Fury in Fallujah, Iraq from November 2004 to January 2005.  During his three combat deployments to Herat, Logar, and Wardak Provinces in Afghanistan, he was constantly under pervasive threat of roadside IEDs, and was engaged in several direct small-arms, rocket, and indirect fire attacks with insurgents. As a result of his service and dedication, he was awarded, among others: Navy and Marine Corps Commendation Medal with Combat Valor “V” device, Navy and Marine Corps Achievement Medal with Combat Valor “V” device, Navy and Marine Combat Action Ribbon, and two Combat Infantryman Badges. He was provided a military medical retirement for PTSD. NVLSP LSW’s pro bono volunteers succeeded in obtaining CRSC for his PTSD, hearing loss and tinnitus, due to his combat service. He was also approved for CRSC for his shoulder injury which was caused by hazardous service in airborne operations. His combat disability rating is 80%.

About NVLSP
The National Veterans Legal Services Program (NVLSP) is an independent, nonprofit veterans serviceorganization that has served active duty military personnel and veterans since 1981. NVLSP strives to ensure that our nation honors its commitment to its 22 million veterans and active duty personnel by ensuring they have the benefits they have earned through their service to our country. NVLSP has represented veterans in lawsuits that compelled enforcement of the law where the VA or other military services denied benefits to veterans in violation of the law. NVLSP’s success in these lawsuits has resulted in more than $5.2 billion dollars being awarded in disability, death and medical benefits to hundreds of thousands of veterans and their survivors. NVLSP offers training for attorneys and other advocates; connects veterans and active duty personnel with pro bono legal help when seeking disability benefits; publishes the nation's definitive guide on veteran benefits; and represents and litigates for veterans and their families before the VA, military discharge review agencies and federal courts. For more information go to www.nvlsp.org.